Themes in 'Everywhere, Everything, Everyone'

For some reason writing a post about ‘Everywhere, Everything, Everyone’ was much harder than I expected.

I really enjoyed the book – it was one of the first real dystopian novels I’ve read (I guess ‘Animal Farm’ is a dystopia too, lol, so technically ‘EEE’ is the 2nd) and I will definitely read more of the genre in the future. By the way, thank you Inky for a copy of the book!!

All of the posts written on Lit Club already were amazing, and I don’t know why but I felt like I was setting too high of a bar on myself to write a really good post. And guess what? I struggled with about 3 drafts and a bunch of other ideas.

So, at last, I decided to take the approach of an English class… I always liked English at school and am quite familiar with the lesson structure of most of the classes, so I found it easy to write in this style. Please don’t get too overwhelmed – I know, I know, it’s the holidays and you all don’t want to go back to school but trust me, this will be fun.

Let the teacher memes roll in.

Lesson objective: Exploring the themes and key ideas of ‘Everywhere, Everything, Everyone’. You can now open your books, kids.

Themes in ‘Everywhere, Everything, Everyone’ * 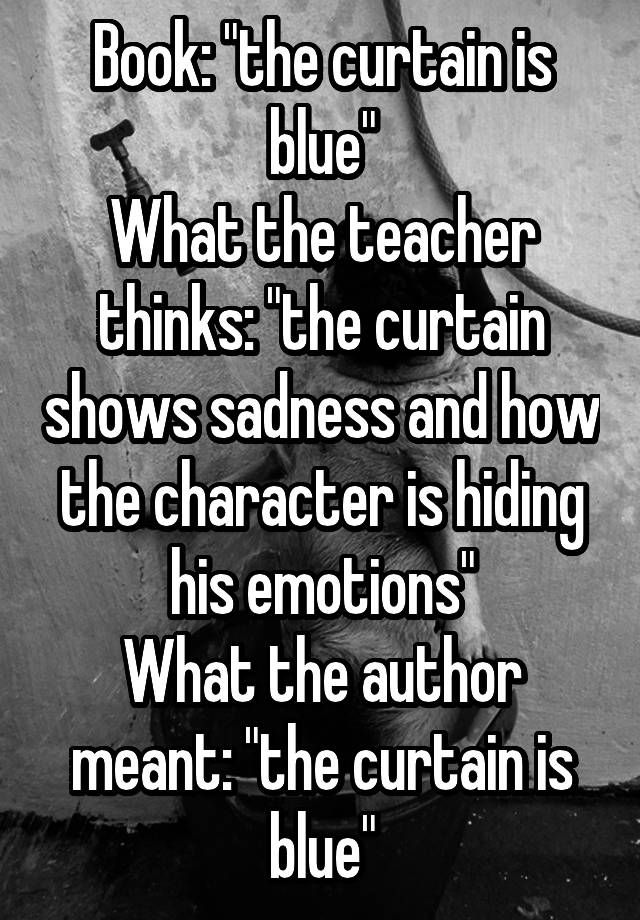 A lot of things in ‘Everywhere, Everything, Everyone’ are not as they appear to be. For example, Varick’s abuse of power (theme 2) is masked by his smile and charisma, as well as his use of language. His term ‘Good Citizens’ hides the harsh reality of broken community and poor trust. Most citizens strive for the title and as a result are traitors to each other, without knowing it. At the start of the book, Santee explains “we were surrounded by too many eyes and ears and Good Citizens who were keen to do the Right Thing.” If she missed Curfew by just a few minutes she risked being reported to the “Unit” by the people living in her building. What kind of neighbours are that?

Z and Mila’s dad is also not as he appears to be. He says bad things about the government even though he works for it in the TV studio, and manages to get away with his opinions and still appear as a ‘Good Citizen’.

Varick’s government is a totalitarian regime masked as a utopia, as seen by the ‘better’ (richer) side of the city. His total control – Unit patrols, drones, cameras, strict rules like Curfew, etc – is said to be for “safety from Threats” and all for “Good Citizens” but is, in reality, all for his own well being. He is always seeking to have more power in his hands and therefore creates all of these rules.

The Unit patrols on Santee’s side of the city also abuse their power by using a lot of violence and being mean to all the citizens of that side.

You can clearly see the divide in wealth by the separation of the city into two parts. (And later the Wall reinforces that.) In addition, the stigma around the poor people is evident, as Santee points out how people on her side of the city can barely afford daily necessities and are always at risk of being called “(Potential) Threats”. They cannot speak out like the people on the ‘good’ side of the city, as she notices in Chapter 3.

“To these people, the Unit meant protection. The Unit was there to serve them, look out for them, keep them safe. I suppose that meant they could speak to the officers however they wanted. … They sounded exactly like the kids at school: rich and self-important.”

“‘I bet it’s one of them, from over there, causing all this trouble. As usual,’ the woman said as she sipped her coffee.

The man agreed with her and they started going on and on about how bad it was over there. How everyone from over there was a Threat. As if over there was a whole other planet, not a place where people lived and worked and had families and friends. People like me.” 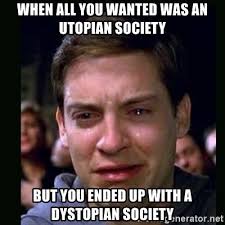 Being separated from your family is so hard but Santee is brave enough to go through that. Furthermore, having her father taken away when she was younger and losing all of her friends and gaining a negative reputation, was extremely difficult. Most people would not be able to handle that, but Santee did. However, Santee is not the only one that displays courage in ‘Everywhere, Everything, Everyone’. Z, with his smile and optimism, is incredibly brave. He hides his emotions, for instance: the tragedy of losing his mother, the effects on him as a result of the drunkenness of his dad, being scared, etc…

Z ’s family is probably the best example of the beauty and importance of family in ‘Everywhere Everything, Everyone’. I found their close-knit, tight and loving bond to be one of my favourite parts of the book. They stuck together and always had each other’s back. When Z’s father was taken away, Mila and Z were broken.

Santee and her sister’s relationship was also interesting. When Santee was suffering from nightmares, her sister would comfort her. Later on, she recalled those moments, missing her sister dearly. I found this to be a sweet, and little part of their relationship proving they loved each other, despite them always fighting and kind of hating each other.

Happy reading, and enjoy the holidays 🙂

Please let me know if there are any more major themes I may have missed! I’ll be happy to discuss further.

This is good.
I agree with difficulty writing about this book - it took me ages to decide what to choose.

Thanks!
There's so much to explore yet so much to actually put into words lol!

In reply to silene

Wow! Great exploration of the book!

I also had difficulty writing down any observations or post ideas.

Tags on this blog